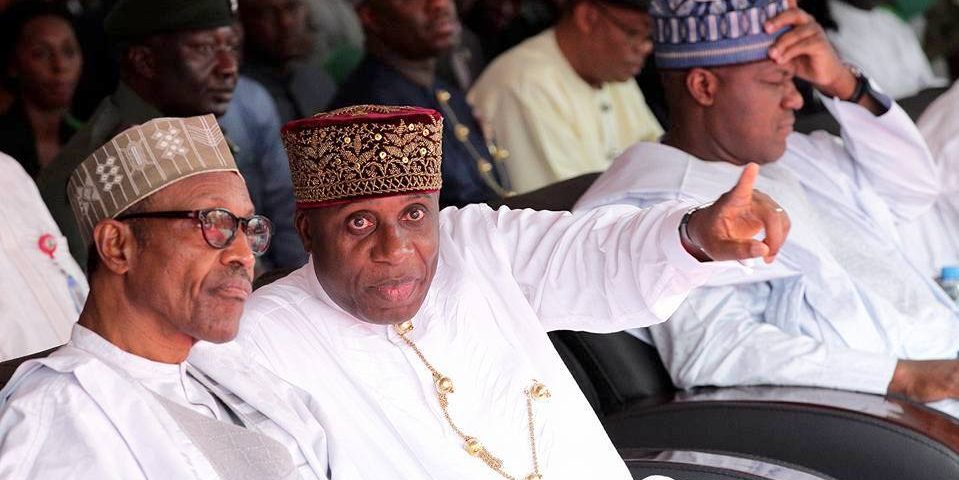 President Muhammadu Buhari has reportedly reappointed Rotimi Amaechi as the director of his 2019 presidential election campaign, marking the latest and strongest indication yet that the Nigerian leader is determined to retain his seat.

PREMIUM TIMES findings and multiple news reports on Wednesday indicated that the president named the Minister of Transport to steer his re-election efforts in December.

The presidency is, however, yet to speak on the appointment.

THISDAY Newspapers reported that Mr. Amaechi has confirmed receipt of his appointment letter from the president and would be making a formal announcement at a media briefing next week.

Similarly, Osasu Igbinedion, an Abuja-based TV show host, told PREMIUM TIMES Mr. Amaechi had taped a confirmation interview that would run in a little over a week.

“The Minister told ‘The Osasu Show’ that he had been appointed the campaign director by the president,” Ms. Igbinedion said by telephone Wednesday evening.

The programme would air on January 12 on AIT, she added.

PREMIUM TIMES also learnt of the development from sources familiar with the activities of both the president and the minister.

A spokesperson for Mr. Amaechi was elusive about the development when reached for comments Wednesday.

“I cannot confirm or deny the reports,” said David Iyofor.

Presidential spokespersons Garba Shehu and Femi Adesina did not respond to PREMIUM TIMES requests for comments.

Mr. Amaechi was the campaign director during the 2015 elections that saw an opposition party defeat the ruling party for the first time in Nigeria’s history. He led the campaign then while he was the incumbent governor in Rivers State.

During a visiting to Abidjan in late November, 2017, the president told Nigerians in the Ivory Coast capital that some of them are his potential voters.

While touring Kano on a working visit less than two weeks later, the president told a field packed with his admirers that the turnout was a sign that he remained popular and would easily defeat his challengers if election were held that day.

On Wednesday, the minister of communication, Adebayo Shittu, after meeting Mr. Buhari also spoke about setting up a campaign organisation for the president.

For a president who was away for all but six months in 2017 on medical leave, the re-election efforts could be a major distraction for the administration, said political analyst Kennedy Angbo.

“The president was away on medical leave for most of 2017, he only returned in August and has not even been able to do anything significant since then,” Mr. Angbo said.

He said it was entirely not out of place for people to start making their 2019 ambitions known to Nigerians.

“2018 is like the eve of 2019 and we expect electioneering to kick-off immediately,” Mr. Angbo said. “But this president has done nothing whatsoever to start campaigning for re-election.”

“Boko Haram is still a major threat to our collective national security. The economy is still in shambles. He dashed the hopes of Nigerians,” he said.

Mr. Buhari was elected in March 2015 and assumed office in May. He fell ill and was away for several months between 2016 and 2017.

His longest medical trip was between May and August 2017 when the president spent 103 days on a sickbed in London.

The Nigerian economy that plunged into recession in August 2016 only began recording steady growth in September 2017.

The National Bureau of Statistics said 7.9 million Nigerians lost their jobs between January 2016 and September 2017.

This is against Mr. Buhari’s campaign promises which included massive job opportunities to stymie alarming youth unemployment and underemployment levels.

“The president’s re-election campaign will not distract him from attending to these issues as he has been doing all along,” said Ayo Akanji, an APC member.

Mr. Akanji said Mr. Buhari has done better than average and expressed confidence in Mr. Amaechi’s ability to return him to office.

“This government has been able to degrade Boko Haram. It has also put Nigeria’s economic on gradual recovery,” Mr. Akanji said. “I have no doubt that Mr. Amaechi, who led the campaign in 2015, will definitely get Nigerians to return the president in 2019.”