72 CANDIDATES TO VIE FOR THE PRESIDENT OF NIGERIA IN 2019 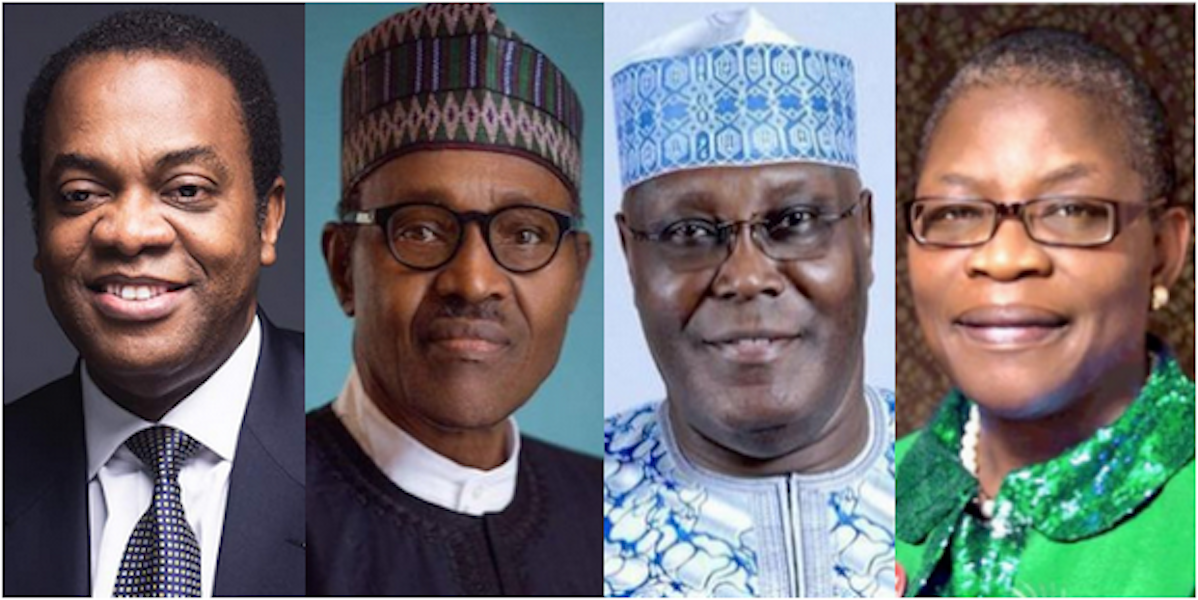 The Independent National Electoral Commission, INEC, of Nigeria has released the list of all Presidential elections for the forthcoming national elections in Nigeria. The list, in Alphabetical order based on names of parties, showcases all the candidates vying for the position of President and Vice President of Nigeria in the elections  slated for February, 2019. (Click HERE for the FULL LIST)

Over all,  71 other political parties will be working to displace the APC and its candidates to occupy Aso Rock through 72 presidential and 71 Vice Presidential candidates. One party, the SDP, was but did not have candidates reflected against their names as two factions of the party are battling it out in court for the coveted ticket.

Age-wise, 10 persons in their thirties  are running for President for the first time in Nigeria’s history while those 70 years and above seem to have retreated as only 4 of them joined the fray. The race is dominated by those in their forties (24) and fifties (24) followed by those in their sixties with 14 candidates. While it was not uncommon to have a male-and-male candidature for many of the parties (about 58), only one political party, NPC, featured two women for both their presidential and vice presidential positions

None of the two main parties, APC and PDP featured a person below 50 years or a woman in any of the two presidential positions.

The tenure of the incumbent occupiers, President Muhammadu Buhari and Vice President Oluyemi Osinbajo will expire on 29 May, 2019.